The Scottsdale Police Department has divided the city into three police districts. We deploy our officers within these districts to best meet the current needs of the community.

The Scottsdale Police Department is a full service 24/7 policing operation across three districts with 20 beats. Agency personnel work under the direction of Police Chief Jeff Walther and is divided into three major bureaus:

All three bureaus fall under an Assistant Chief of Police. The Scottsdale Police Department includes 400 sworn officers and 263.7 civilian employees. Civilian roles include but are not limited to communications dispatchers, laboratory scientists, crisis intervention specialists, analysts, records specialists, and police aides, which are staffed across each of the three bureaus. For more information about the roles of each bureau, please see below.

The Scottsdale Police Department's Uniformed Services Bureau is the most visible component of the police department, consisting of the patrol and specialty units you see on city streets and in neighborhoods.

While the majority of our patrol officers work in our patrol and traffic enforcement sections, we also staff specialty units including a K9 Unit, Mounted Unit and Bicycle Unit.

Our School Resource Officer Unit provides service for the students and staff at more than 30 schools.

The City of Scottsdale has used photo enforcement technology since 1996 to supplement police department efforts to reduce red-light running and speeding. 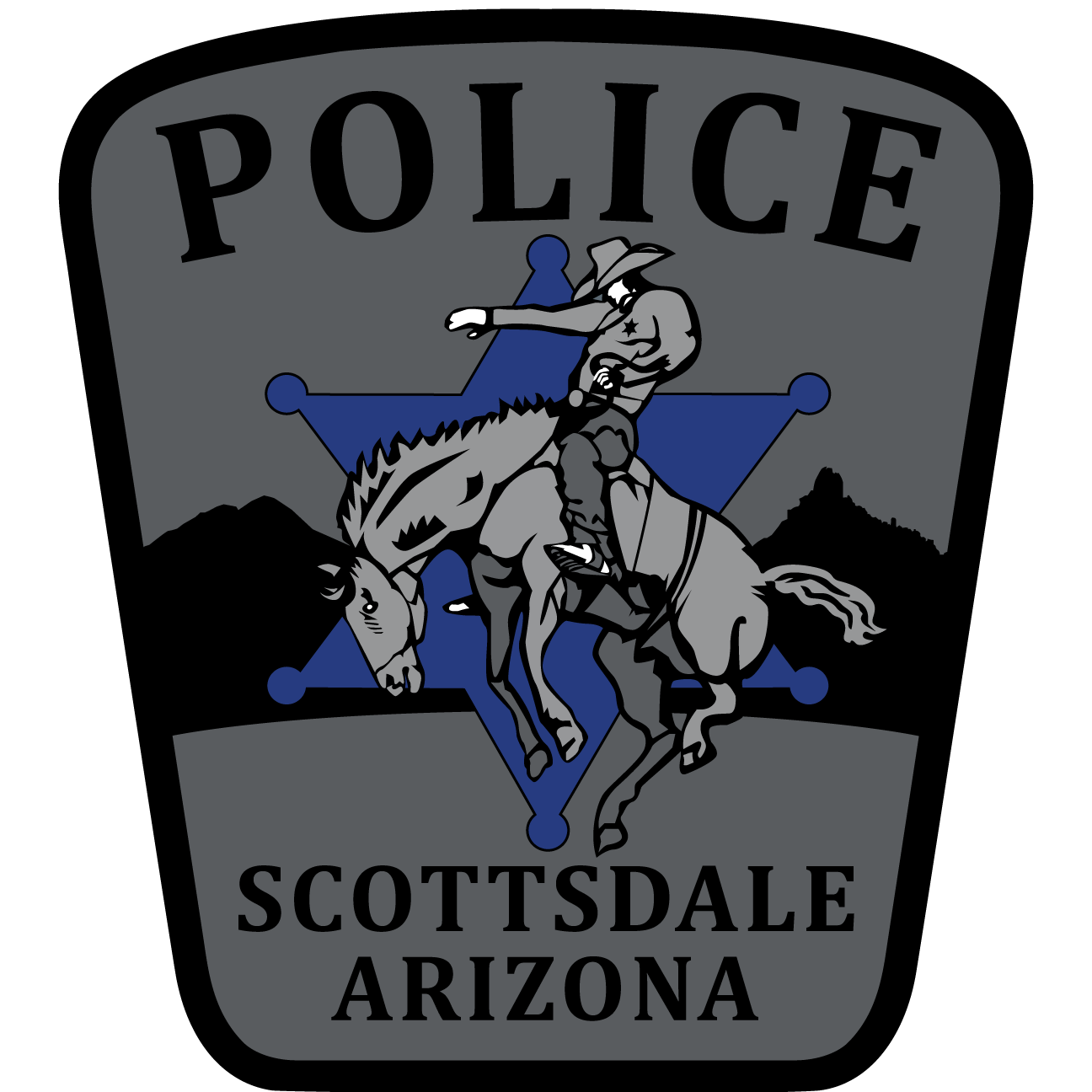