The City of Scottsdale’s Indian Bend Wash is an oasis of parks, lakes, paths and golf courses traversing 11 miles through the heart of Scottsdale. The greenbelt features more than 24 grade-separated crossings, meaning users can avoid major cross traffic. This world-renowned flood control project is rated among the top urban "green spaces" in Arizona.

Two parks located within the Indian Bend Wash, between McKellips Road and Thomas Road, are the Vista del Camino and Eldorado Parks. These parks include a wide variety of amenities for many users such as playgrounds, trails, bicycle routes, fishing lakes, sports fields, and a golf course, skatepark and aquatic center.

The City of Scottsdale is in the process of developing a master plan for Vista del Camino and Eldorado Parks to make sure they meet the needs of users and nearby residents today and for the future. These parks are well used and provide great amenities, but the infrastructure is aging and it’s time to evaluate what infrastructure and amenities are needed as part of a master planning process.

The project team developed a proposed master plan based on community feedback and presented it an open house in May 2019. The Master Plan have been broken down into four districts or activity zones based on what will be happening in that segment of the wash. They are from north to south the Linkage District, The Active District, The Passive District and the Waterplay District.

Please take a look at the proposed plans and let us know what you think. The project team will be working to incorporate feedback received during the public process this summer and the master plan will begin moving through the public hearing process in the fall. 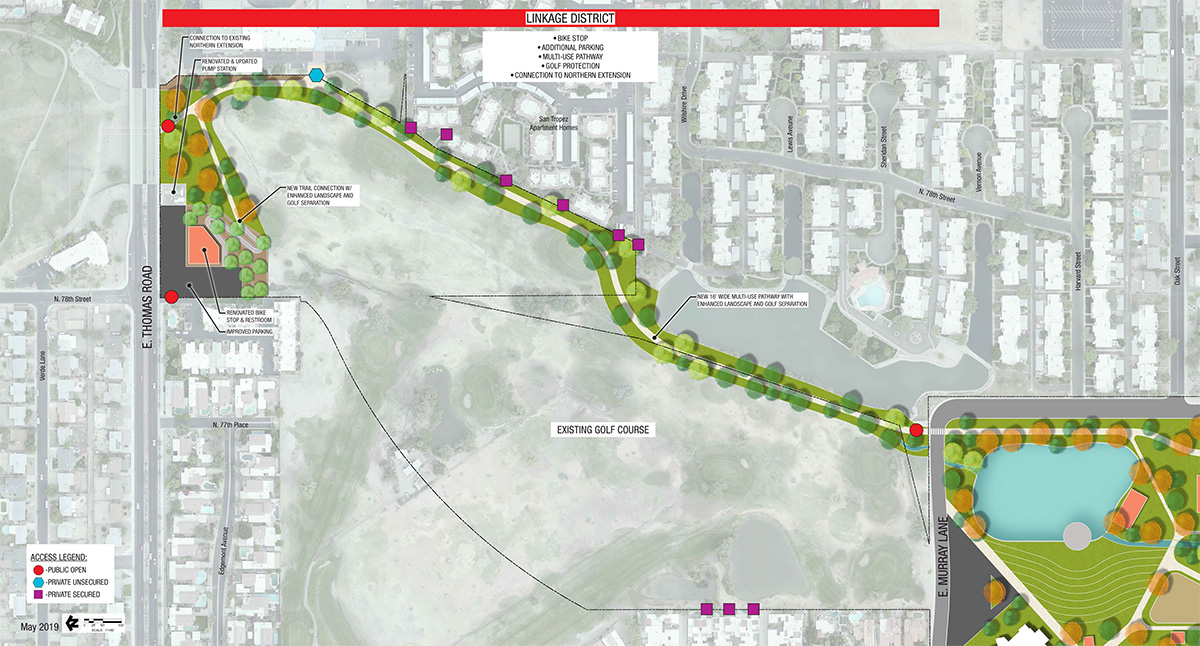 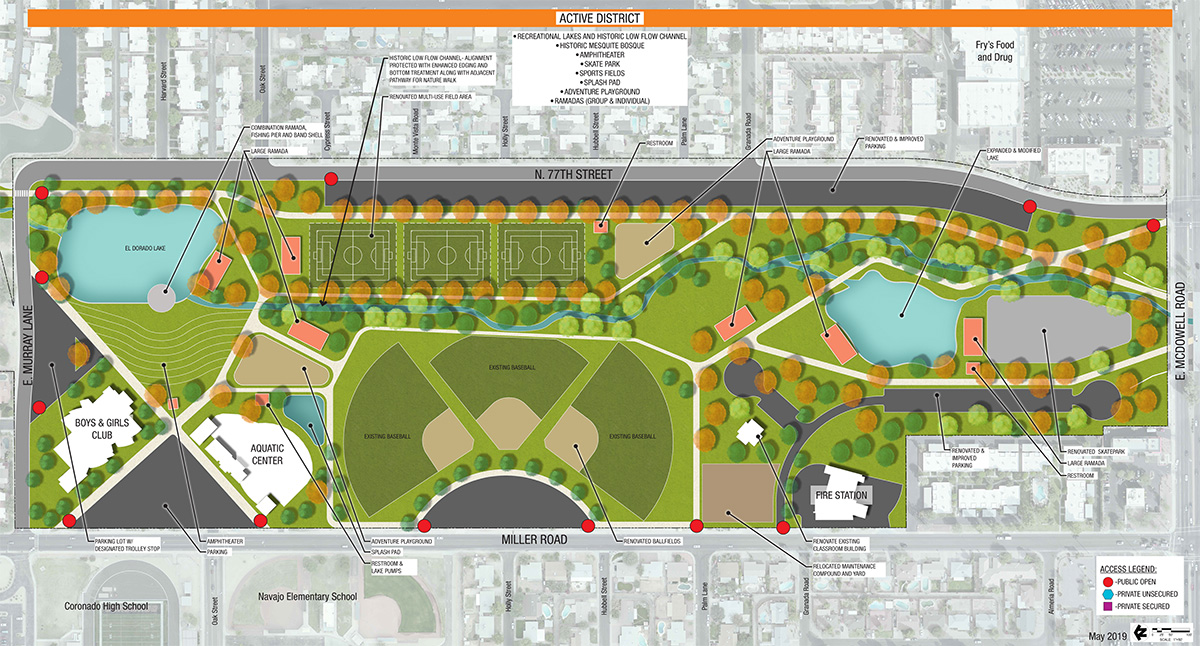 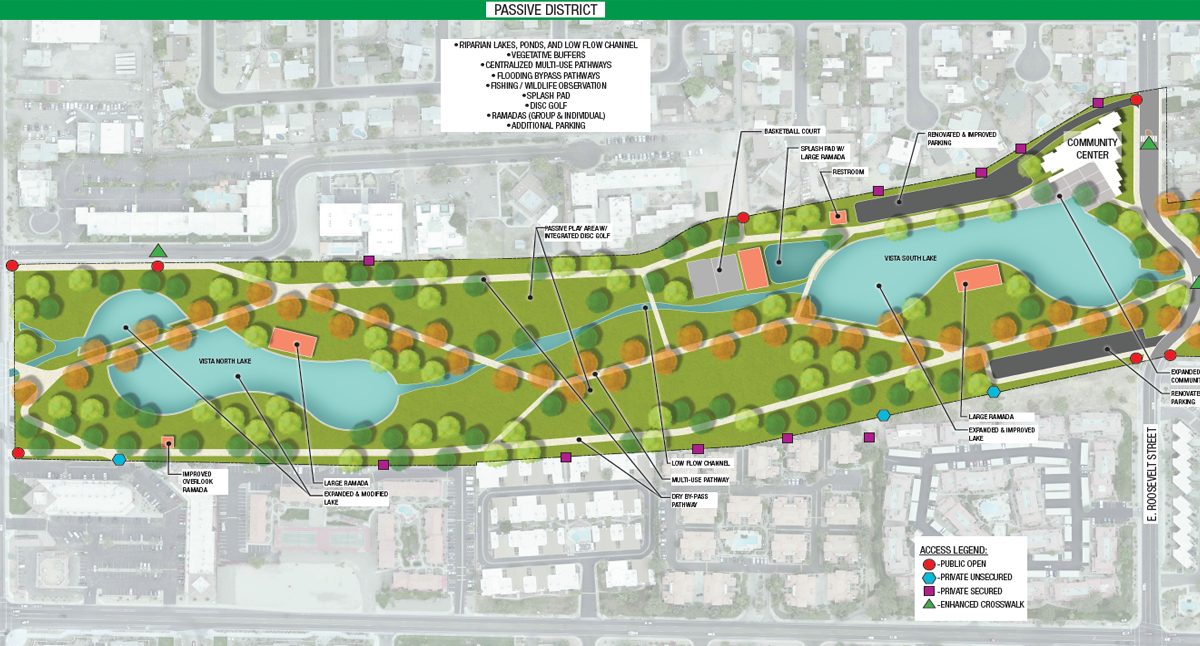 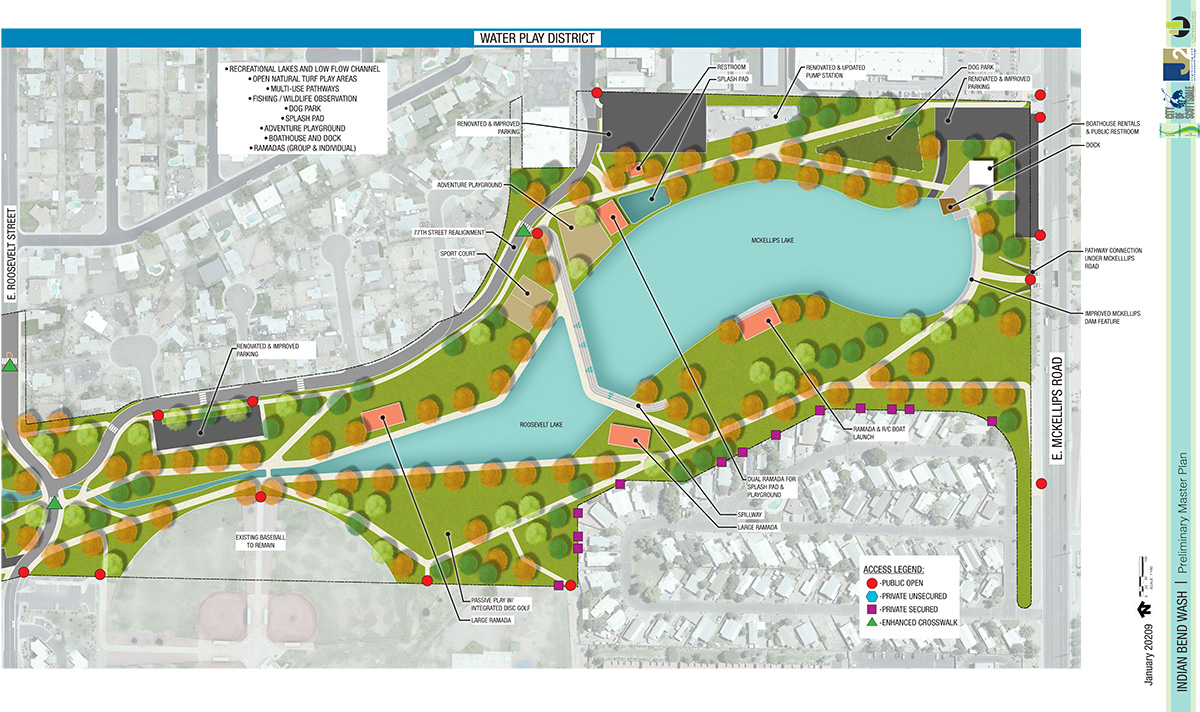 What is a Master Plan?

A Master Plan is a guideline for future park improvements. The master planning effort includes extensive research and analysis into how the park is used today, an inventory of existing assets and their condition, and a determination of how these parks fit into the overall park system.

The master planning process includes extensive community and user input opportunities so that future plans for the parks are a reflection of Scottsdale residents and user groups. 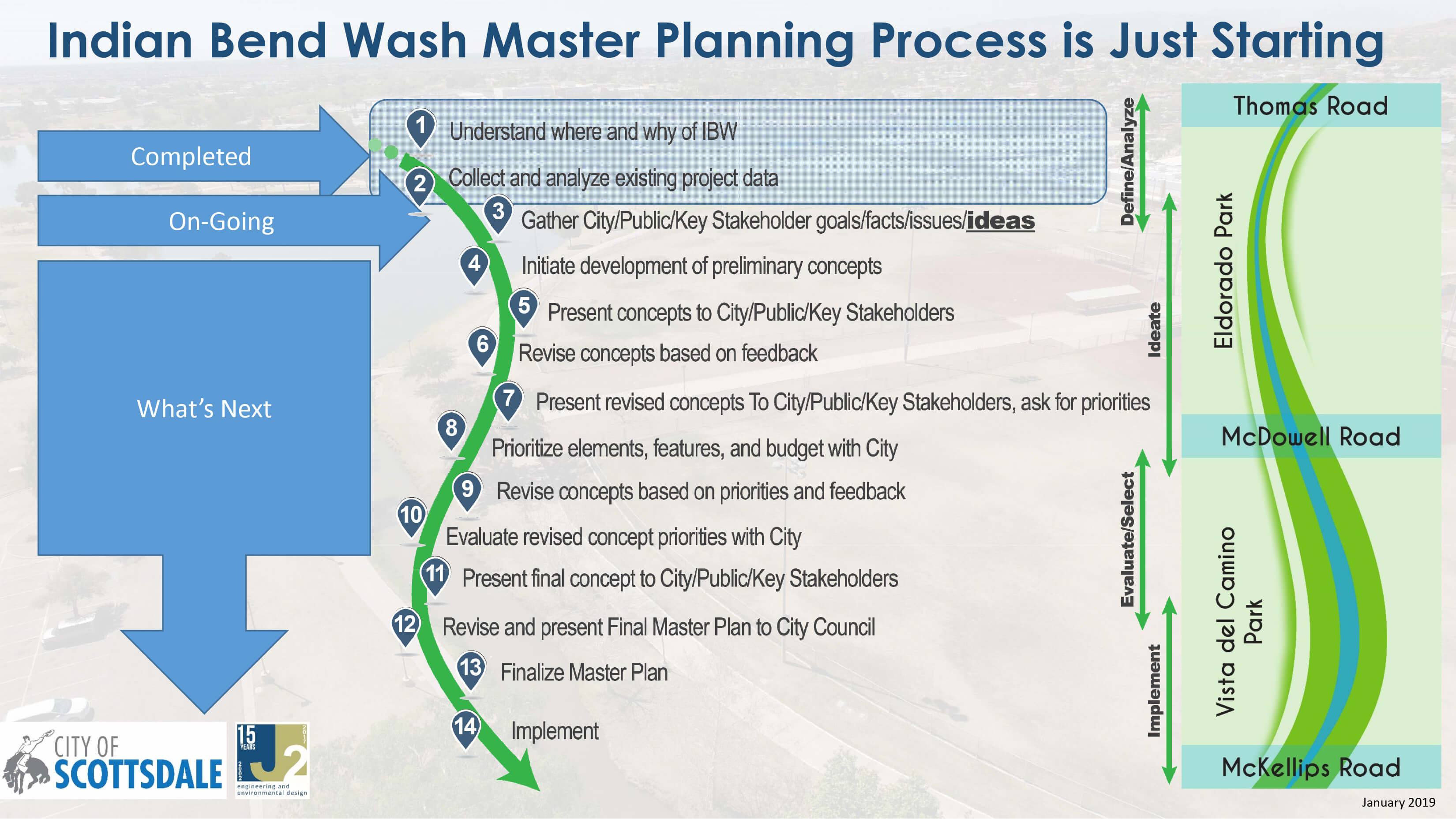