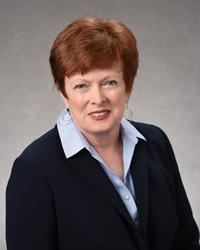 Councilwoman Janik began her first term on the Scottsdale City Council in January 2021.

Councilwoman Janik was born and raised in Chicago, Illinois. She earned a Bachelor of Science in Chemistry from the University of Illinois Chicago, where she was one of only three women in a class of 65 in the chemistry curriculum. After college, she was employed by GD Searle, one of the premiere pharmaceutical companies of the era. During her time at GD Searle, her primary research concentrated on dissolving blood clots – an endeavor which was awarded in international publication. Thereafter she took time off to start a family. When her husband established his practice in Denver, she returned to her love of the sciences as a teacher.

Councilwoman Janik taught math and science for nearly 10 years at both the middle school and high school level, including in the prestigious Cherry Creek School District outside of Denver. She also worked in programs benefiting under-resourced students through outreach programs in remote school districts, and as a tutor in the “No Child Left Behind” program.

As a tireless community volunteer, she served on the managing and funding boards of two successful U.S. Swimming competitive youth teams in Denver for many years. She volunteered with the American Heart Association earning an award for community service. Upon arrival in Arizona, she volunteered for over six years at the Arizona Science Center, developing classes in Life Sciences and received three awards for her service. Additionally, she has served on various HOA boards in Chicago, Denver, and Scottsdale.

She is the past Treasurer of Protect Our Preserve which ushered in the successful passage of Proposition 420, past President of the Board of the Coalition for Greater Scottsdale and served on the steering committee “For the Best Scottsdale”, advocating for the successful capital bond proposals supporting significant projects in Scottsdale.

Of all her achievements, she is most proud of her role as a wife and mother. She and her husband, Joe, a pediatric surgeon (now retired), have been married for 50 years. They have three grown children, all physicians, and nine delightful grandchildren.