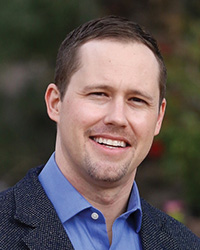 Councilmember Graham grew up in northern Scottsdale and was an all-state athlete at Chaparral High School. Today he lives in southern Scottsdale where he and his wife, Farrah, are raising their twin sons.

Barry is a Certified Public Accountant (CPA) for one of the most prestigious accounting firms in Arizona. He specializes in auditing the financial statements and analyzing the performance of private businesses, most of which are based in Arizona.

In 2014, Barry graduated from the Scottsdale Fire Department’s inaugural Citizens’ Fire Academy. The following year he served as Chairman of ‘Yes to Bonds’ campaign in which voters passed two critical public safety measures that funded relocating a fire station to the McCormick Ranch area and a new fire station in northern Scottsdale.

Barry, a graduate of Scottsdale Leadership’s Class 28, was a member of the city’s Planning Commission, and served as Chairman of both the Transportation Commission and Building Advisory Board of Appeals.

As a history enthusiast, Barry spent several years after high school in Massachusetts, earning undergraduate degrees from Boston University in Economics and International Relations. While working as an analyst in the Massachusetts State Legislature, Barry graduated from the University of Massachusetts with a Master of Science in Accounting where he delivered the commencement address.

Barry has served as a precinct committeeman since 2012 and was twice-elected treasurer of his political party’s local legislative district.