One important way to do this is to put our full, current surface water supply allocations to the best possible localized use. To that end, Scottsdale Water uses Aquifer Storage and Recovery wells (ASR), which are designed and constructed to inject high quality, potable water directly into the aquifer when water demand is lowest (during the late fall and winter months), but still retain the capability to withdraw groundwater during times of very high demand or in emergency situations.

Beginning in the fall of 2020, Scottsdale is constructing four new aquifer storage and recovery wells at strategic locations throughout the city.

ASR well #1, at the corner of N. Miller and E. Deer Valley roads, will be drilled within the existing Scottsdale Water well site at this location. The existing 10-foot wall will remain in place, with the exception of the north wall, which will be removed for site access. Upon completion, the north wall will be extended around the new portion of the site. Portions of some electrical and mechanical enclosures will extend above the height of the wall and the existing telecommunications antennae will be moved approximately six feet to the south.

What to expect during drilling

Drilling and installing a well is a major construction project. The ASR well projects will be delivered in two phases: Drilling and Testing, and Connections and Site Improvement.

The drilling process will require a drilling rig with a 40-foot mast, equipment trucks, mud pumping-equipment, diesel generator, forklift and other smaller pieces of equipment. The photos below demonstrate a typical drilling operation.

Daytime work will occur for an additional eight to ten weeks following the 24-hour drilling. In total, Phase 1 of the project will take approximately five to six months.

Construction and well drilling will require the temporary removal of several trees on the well site. Scottsdale contracted with a third party to identify salvageable native trees and is working with a landscape contractor to box, store and replant the salvageable trees. The city is committed to preserving the integrity of the site and will work to ensure the site is returned to at least preconstruction landscaping. 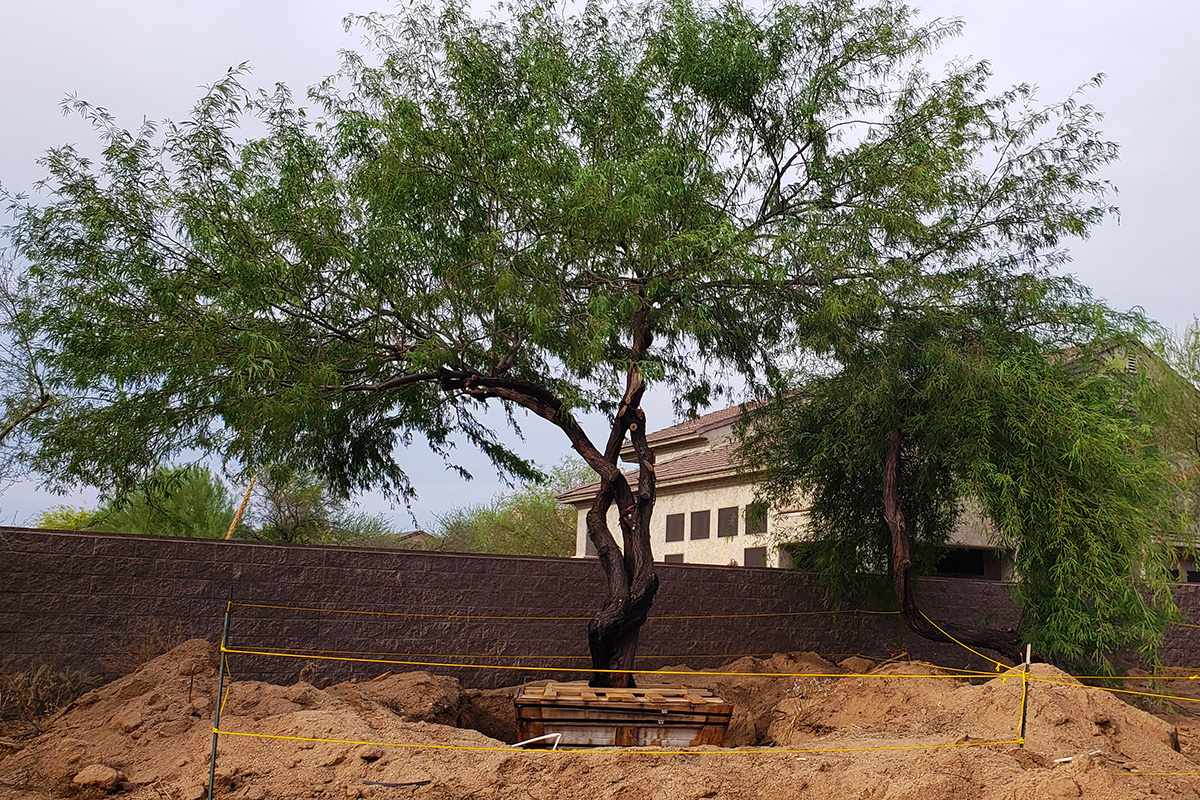 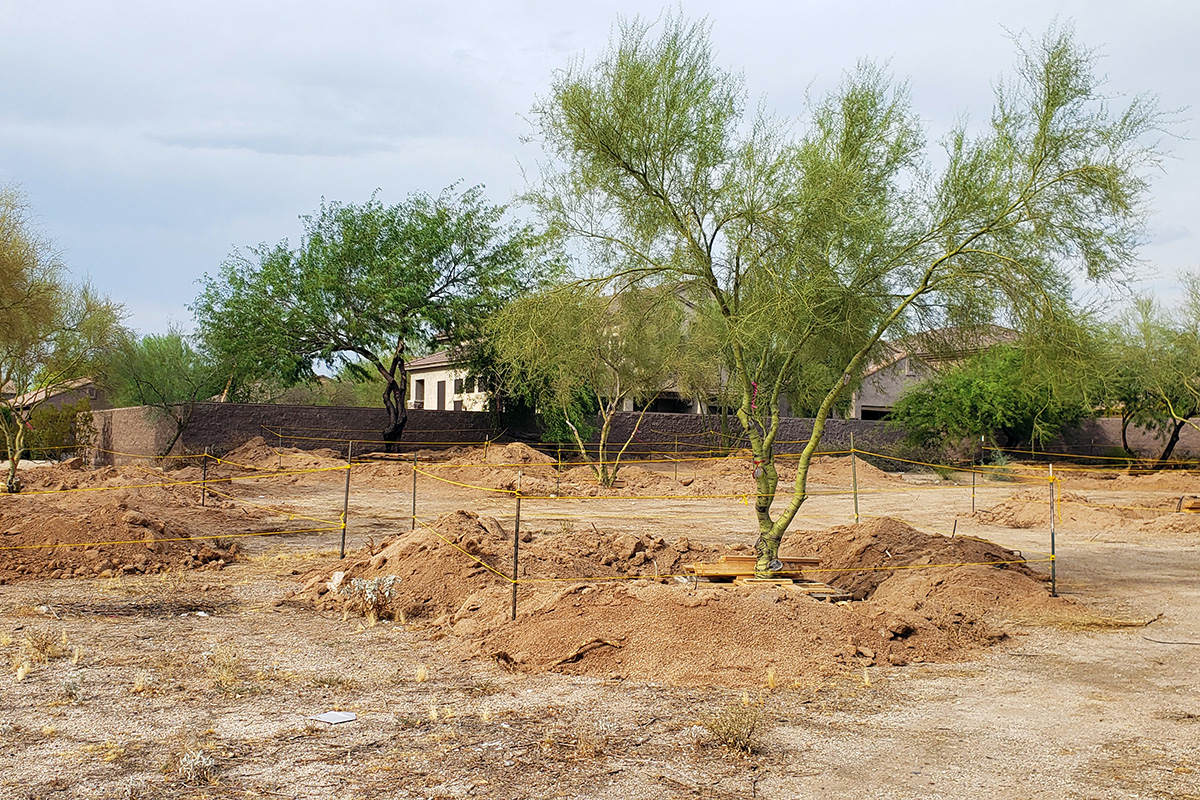 While 24-hour drilling will be necessary for the first several weeks of construction, Scottsdale is committed to minimizing noise impacts to the neighborhood. Temporary sound walls will be placed surrounding the construction site. Walls will be constructed of vinyl-coated polyester material with 1-inch quilted fiberglass coating. The eight-foot panels will be stacked three high for a total wall height of 24 feet. View the sound wall plan. (PDF) The city conducted a baseline noise survey and will continue to monitor noise levels throughout the construction project. 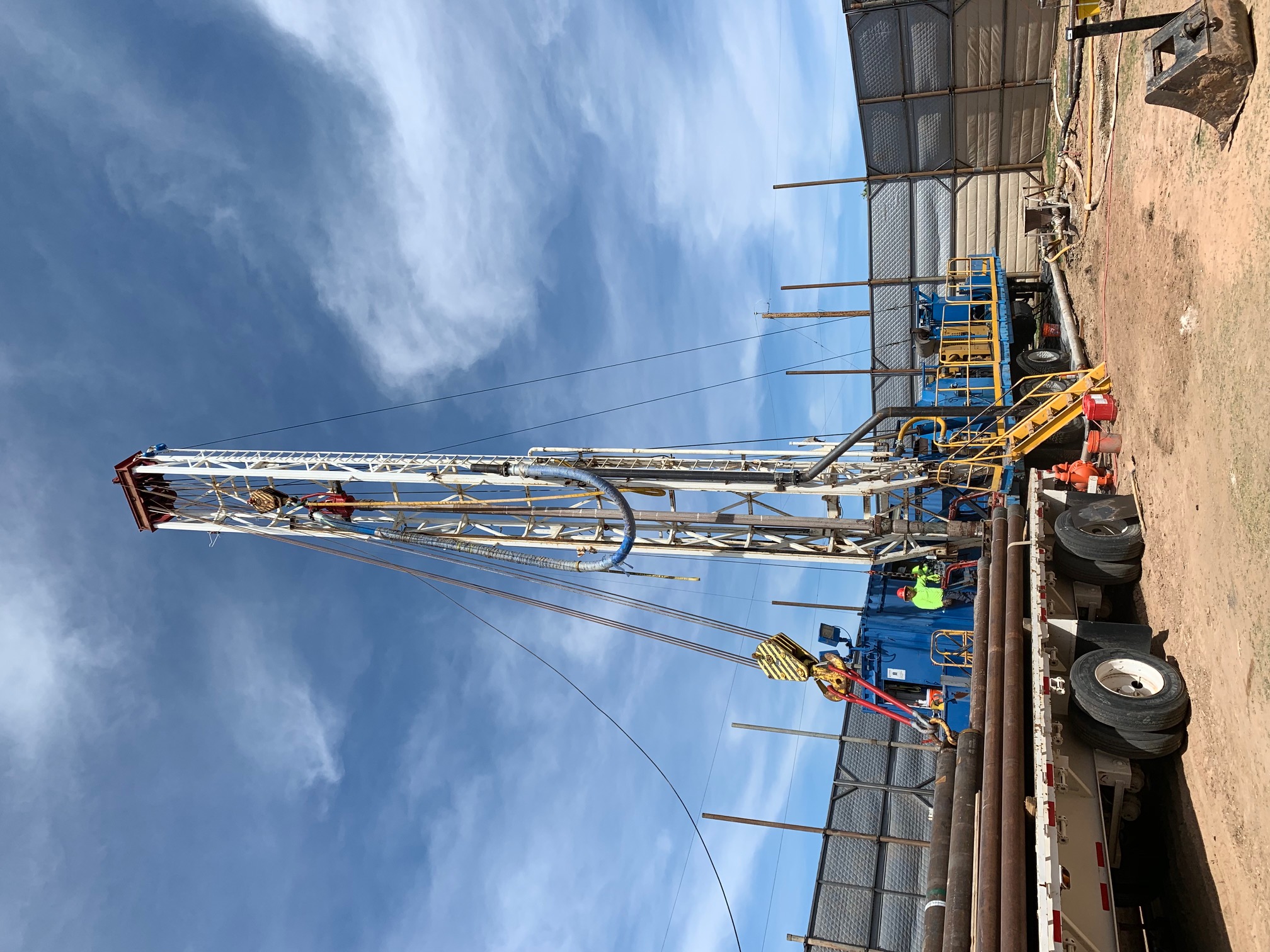 The second phase of the projects will include finishing each site with ancillary equipment, associated piping connections and other site improvements. This phase will not require 24-hour operations, but will require significant construction activity during daytime hours. Phase 2 will take approximately six months. 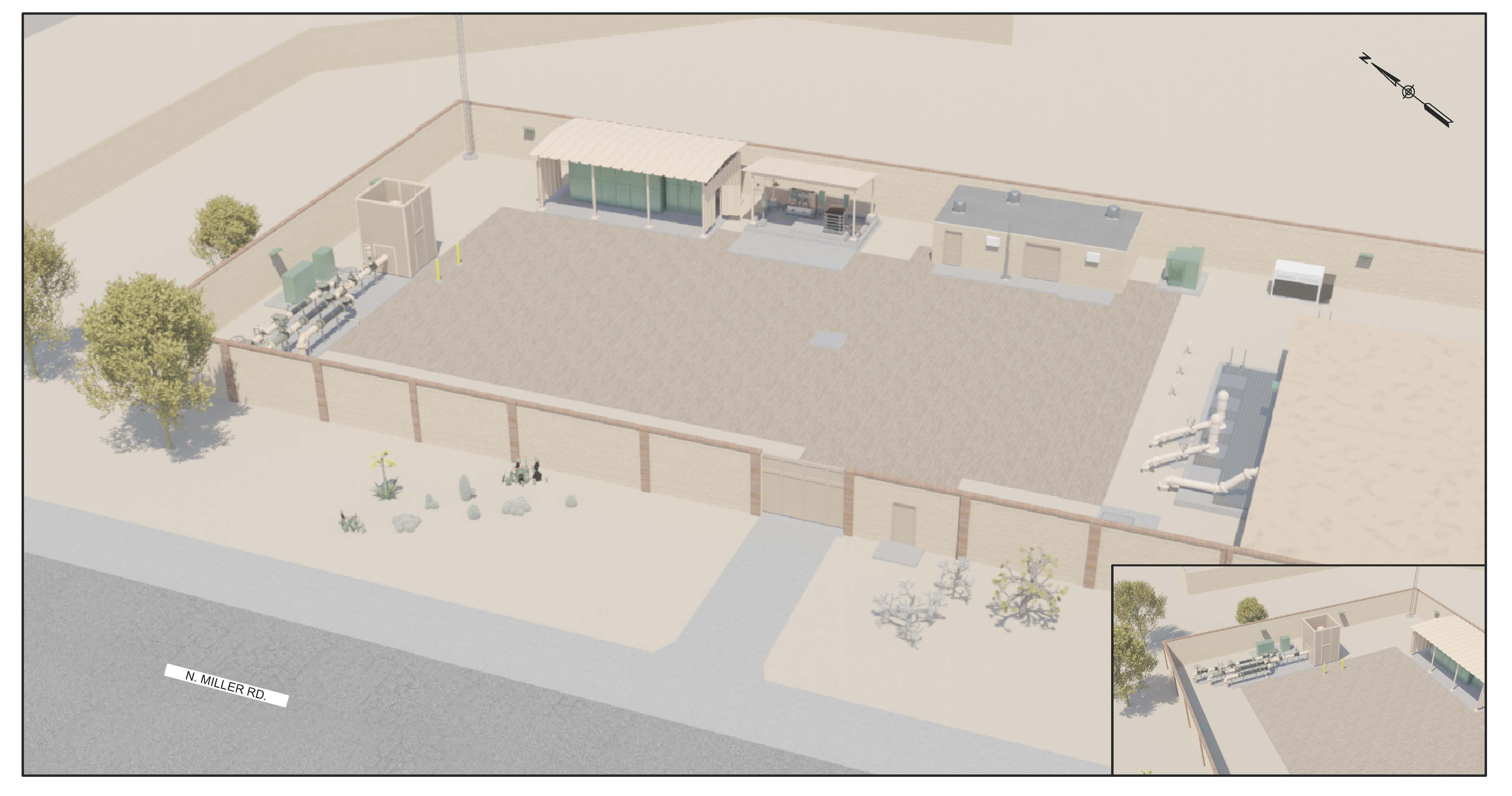 Scottsdale is located within the Phoenix Active Management Area, which is a determination created by the 1980 Groundwater Management Act. The GMA established safe yield – where groundwater replenishment equals groundwater pumped – as a goal to be reached in the Phoenix AMA by 2025. Scottsdale was the first city in Arizona to reach safe yield and did so in 2006, nearly 20 years before the mandated attainment date.

Water Campus has been performing indirect potable reuse – recharging ultrapure water into the drinking water aquifer – for over 20 years. Scottsdale recharges over 1.7 billion gallons of purified recycled water to replenish our drinking water annually. More information about Scottsdale’s role as a global leader in water reuse is available on our Recycled Water webpage.