This project will replace thirty-six, old asphalt tennis courts at Indian School Park and Scottsdale Ranch Tennis Center with post-tension concrete -- a modern system that will dramatically increase the life of the courts and reduce ongoing maintenance and operating costs.

These improvements will save an estimated $3 million to $4 million in maintenance and repair costs over the 30-year life of the concrete courts. Replacing the tennis courts will also prevent the loss of events from the United States Tennis Association and Arizona Interscholastic Association which generate revenue for the City.

This project was approved by Scottsdale voters as part of the 2019 Bond Election. 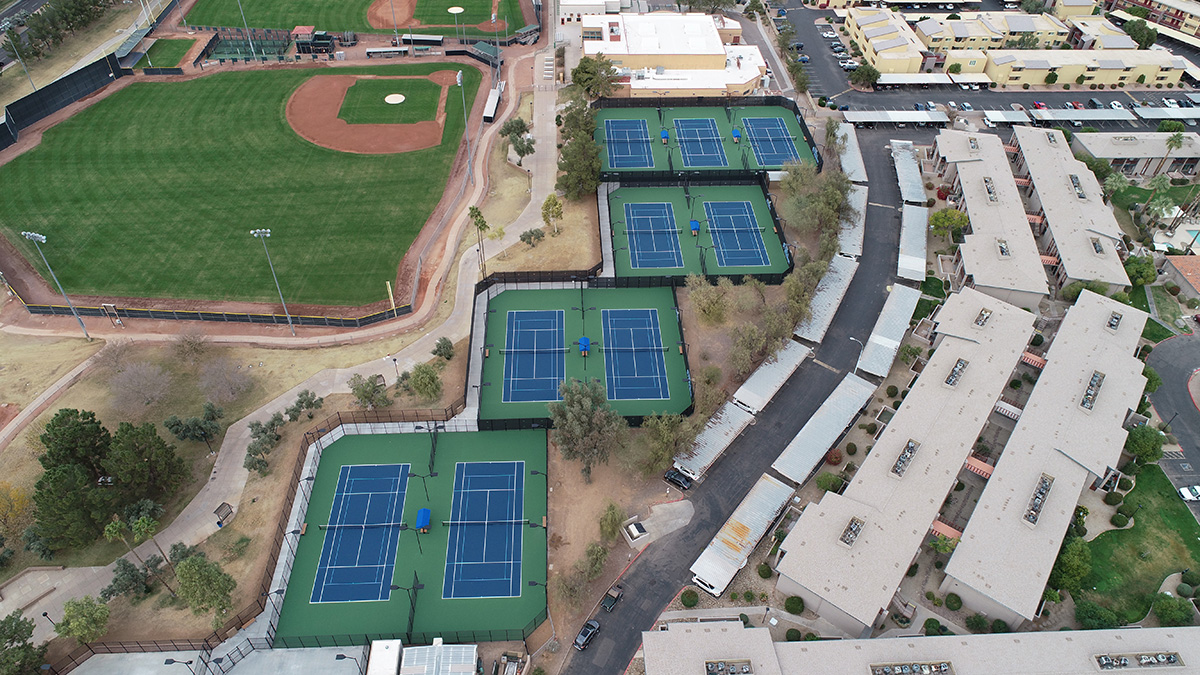 Both parks have revenue generating tennis centers that offer tennis lessons for ages 5 to senior, adult leagues, drop-in play, tournaments and are United States Tennis Association member facilities. This project will consist of the demolition of all courts at each facility and rebuilding each court with post-tension concrete.