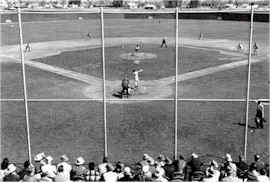 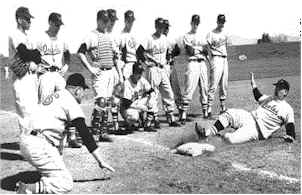 The original stadium was built in 1956, and served as the former Cactus League home of the Baltimore Orioles, Boston Red Sox, Chicago Cubs, Oakland A’s, and now the San Francisco Giants.

The facilities were renovated in 2005 to include a new team store, expanded clubhouse, baseball training and treatment room, batting tunnel, centerfield entrance, Charro Pavilion, and one and a half practice fields to the east of the stadium.

Nestled in the heart of historic Old Town Scottsdale and surrounded by art galleries, restaurants and boutique shops, the Stadium has become the home of not only the San Francisco Giants and the Arizona Fall League, but also numerous special events, festivals, concerts and parties. Designed by the creators of Camden Yards in Baltimore, the Stadium is adorned with turn-of-the-century lamps, framed antique baseball gloves, and sidewalk bricks in the shape of home plate.

The stadium playing field is Hybrid Tifgreen 328 Bermuda Grass, over-seeded in the winter with perennial rye grass. The field is constructed of 18 inches USGA specification greens grade sand. The entire turf area has a gravity fed drainage system. The field is irrigated with Hunter I-40 stainless steel rotors, the irrigation of the field and the entire landscape of the stadium is controlled by a Motorola computerized system. The turf areas of the stadium including playing field, seating berms, and other areas of landscape turf comprise nearly one quarter million square feet of grass.