Scottsdale is known as a vacation and business destination. Scottsdale boasts world-class art galleries, premier shopping and over 200 area golf courses. How many people who visit and live here remember that Scottsdale once began as a small farming settlement? Scottsdale has a rich history of ranches, farms and settlers where it earned the moniker "The West's Most Western Town".

Take a peek at some of our past in photographs. 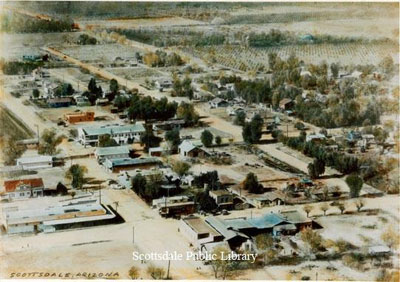 Aerial view of Scottsdale in 1936. Image property of the Scottsdale Public Library. 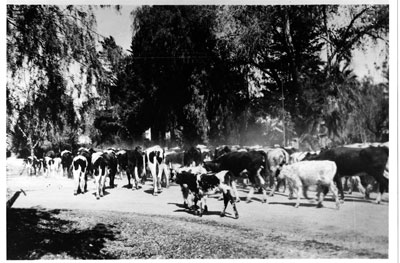 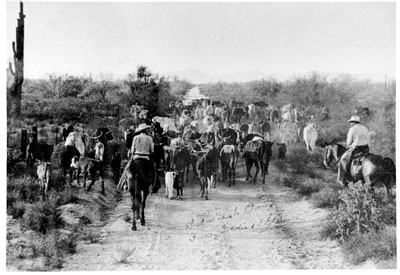 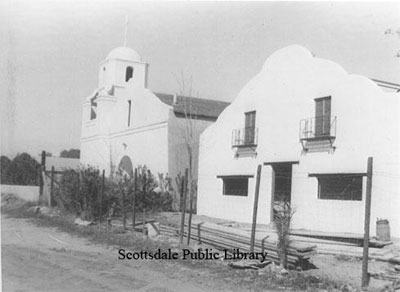 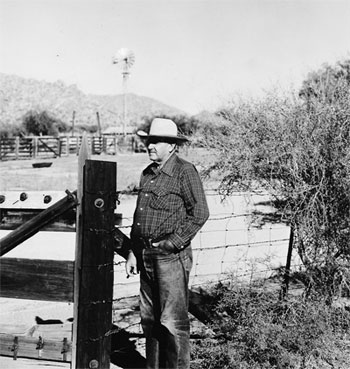 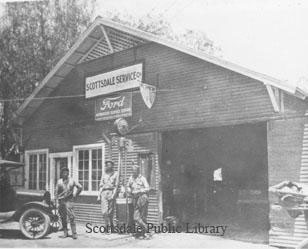 The Scottsdale Service Company was a gasoline station and car repair shop operated by Mort Kimsey at the northeast corner of Scottsdale Road and Main Street during the 1920s and 1930s. It faced onto Main Street. 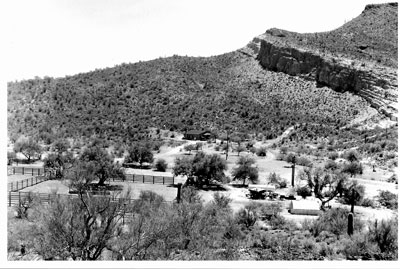 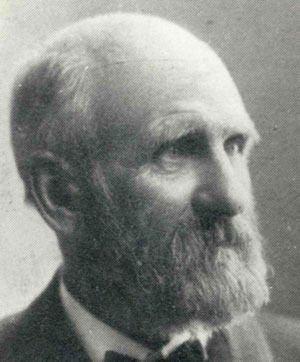 In 1888, U.S. Army Chaplain Winfield Scott visited the Salt River Valley, was impressed with its potential, and subsequently made a down payment on 640 acres to start a farming operation. Scott’s purchase, near the heart of present-day downtown Scottsdale.