The Thomas Road Complete Street Project will design and construct bike lanes, curb ramps, pavement and intersection improvements on Thomas Road between 56th Street and 73rd Street. The roadway configuration will change from three eastbound travel lanes to two travel lanes in each direction, to provide space for the bike lanes and turn lanes.

To see what the proposed traffic configuration will look like please view the following exhibits: 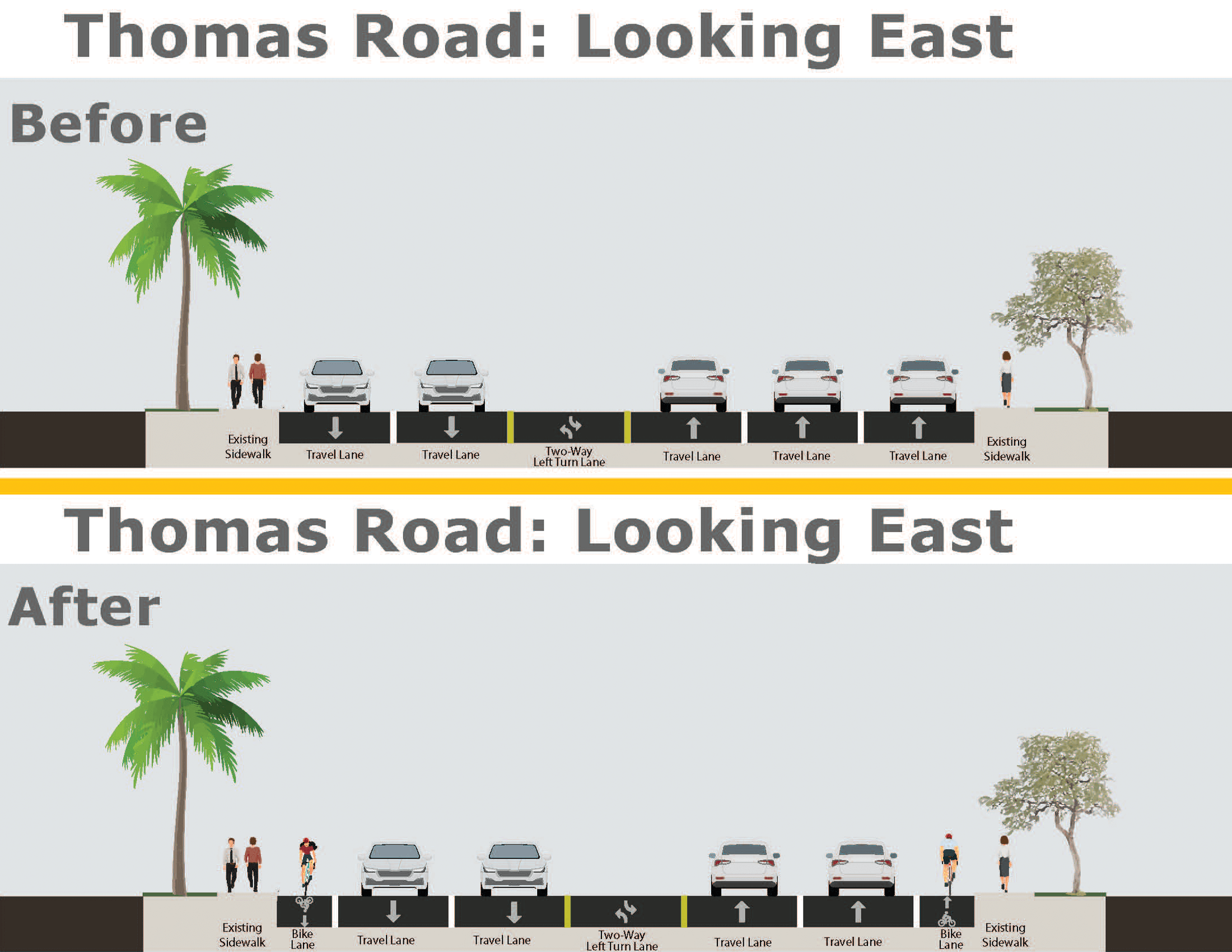 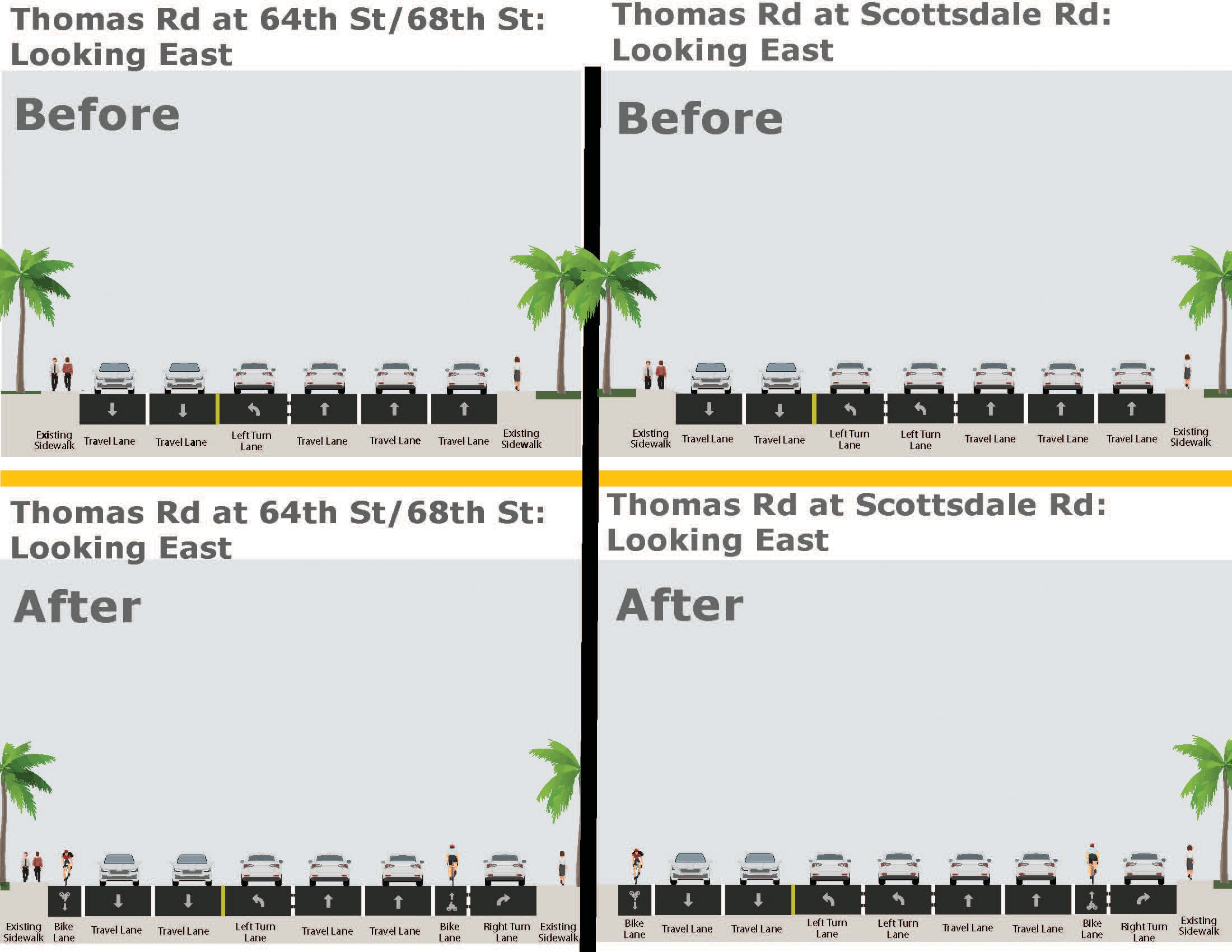 Construction is currently scheduled to being in the winter of 2024.

City of Phoenix is proposing adding bike lanes from 48th Street to 56th Street during upcoming pavement maintenance improvement. The project would change from three eastbound travel lanes to two travel lanes in each direction. If City of Phoenix moves forward with their proposal, that project would occur in late 2022 or early 2023. The City of Scottsdale project will coordinate design east of 56th Street with the Phoenix project.

Come View Plans for Changes to 68th Street between Indian School Rd. and Thomas Rd. Stop by anytime between 4:30 – 6 p.m. to view plans and have your questions answered.

This project meets many of the 2022 Transportation Action Plan goals, policies and performance measures in the Streets and Bikeways Elements.

The project goals are to improve safety, connectivity, and quality of life for residents, students, visitors, and employees by completing the critical east/west bike lanes on this minor arterial roadway. The Thomas Road corridor has discontinuous bike lanes, high population density, several large activity centers, public and private schools, strong transit ridership, and many miles of intersecting bikeways. Two construction projects have added or contributed to bike lanes along Thomas Road. However, to date, only a portion of the bike lanes, 2‐miles total, are completed in this corridor.