The city will be placing new wayfinding signs along the paths network, including the Indian Bend Wash Path, the Crosscut Canal Path, the Arizona Canal Path and Pima Path from Thomas Road to Indian Bend Road. The various sign types include path names; bridge and underpass crossings; and directional arrows and distances to key locations around Scottsdale, such as parks, libraries, museums, the Arts District and Civic Center.

A project in 2016 included designing the signs and determining sign locations along the paths between McKellips and Indian Bend roads. The Development Review Board approved the sign designs in October 2016. Once the design project was completed, Scottsdale Transportation requested funding for their implementation through the Capital Improvement Projects (CIP) funding process. The project received funding in fiscal year 2020-21. Because more than four years have passed since the sign designs were initially approved by the Development Review Board, the sign designs will be submitted for amended approval from the Board on September 16, 2021.

During the design project in 2016, three open house meetings were held for the public to provide input on the proposed design, and the sign prototypes were also on display in the One Civic Center atrium April to August 2016. The sign designs were also presented to the Scottsdale Transportation Commission, the Paths and Trails Subcommittee and the Parks and Recreation Commission. 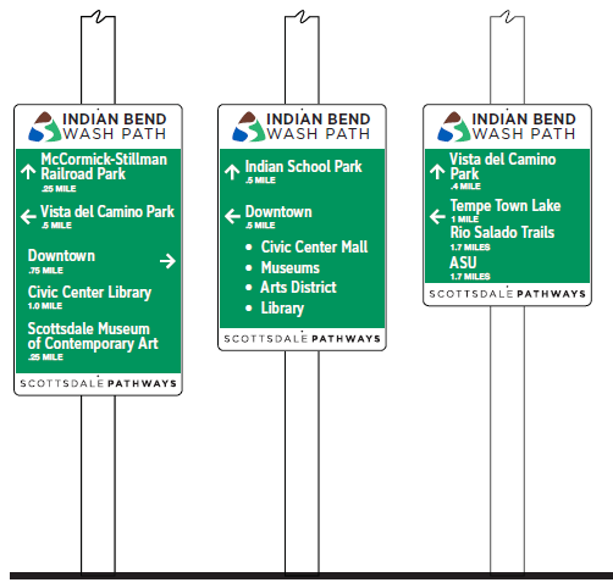 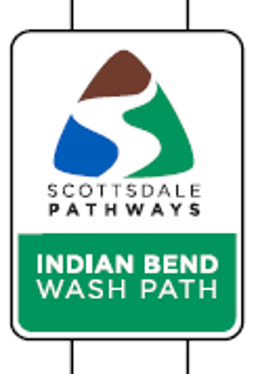 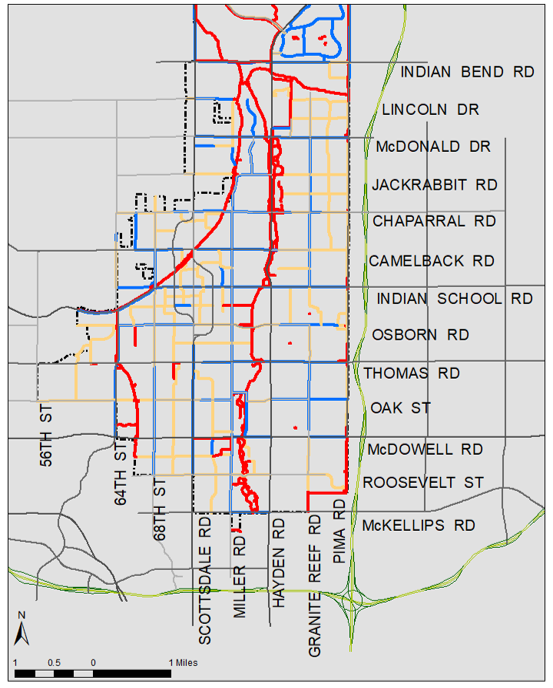