Through a lease partnership between the cities of Scottsdale and Phoenix, the San Francisco Giants are currently constructing facility improvements at the Papago Sports Complex which will result in moving the team’s player development program from Indian School Park to Papago Park. As part of the planned improvements, the City of Scottsdale, in partnership with the City of Phoenix Parks and Recreation Department, will build the first phase of a new natural surface trail along the McDowell Road and 64th Street frontages in October and November of 2020. 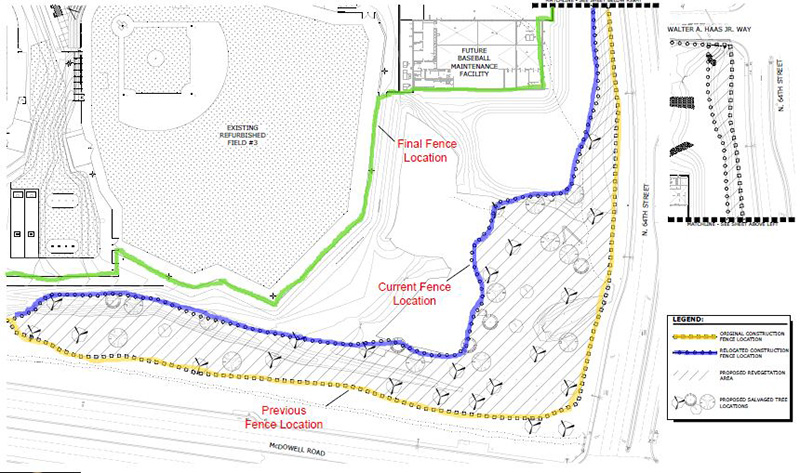 In October and November of 2020 Scottsdale will construct the first phase of a new trail along the McDowell Road and 64th Street frontages which is represented by the green corridor in the graphic below. In the future, Phase 2 and Phase 3 trail improvements will occur, and prior to that work, there will be additional opportunities for public input on the nature of those trails, their locations, and connections to the Papago Park trail network. 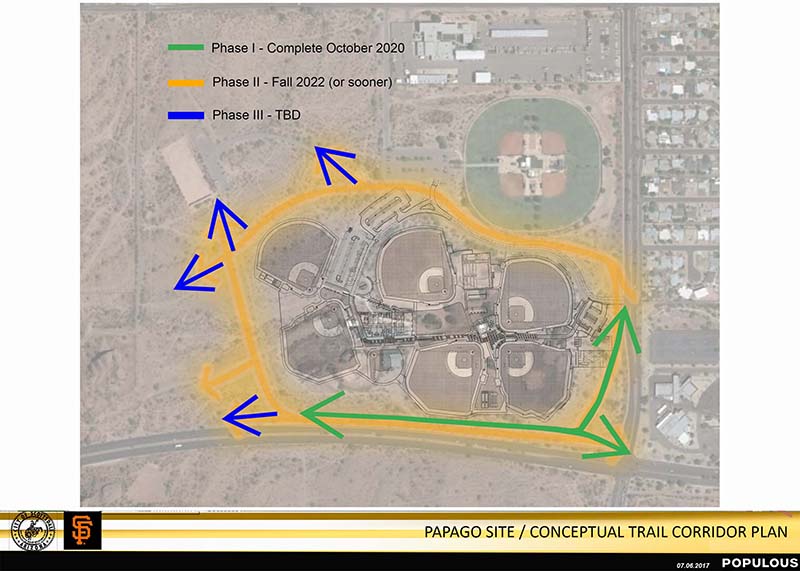 All trails proposed in Phase 1 and 2 will be a 3-4-foot-wide natural surface trail. This first phase of the trail will be in a corridor that runs parallel to McDowell Road (south edge), following an existing drainage pattern (through the corridor) and baseball training complex field fencing (north edge). The trail will connect on the west edge to unnamed existing trails continuing north and west in Papago Park. The trail will proceed east along natural side slopes south of the existing wash and then cross the wash as it enters the central section which has a wide bench area that will accommodate the trail. As the trail continues east, it will be located north of the wash and south of the recontoured basin and routed through relocated vegetation. The trail will follow along a ridgeline with connection to the intersection of McDowell Road and 64th Street and then turn north along the west side of 64th Street.

The graphic below represents a possible route for the Phase 3 trail improvements which will be constructed by the City of Phoenix. 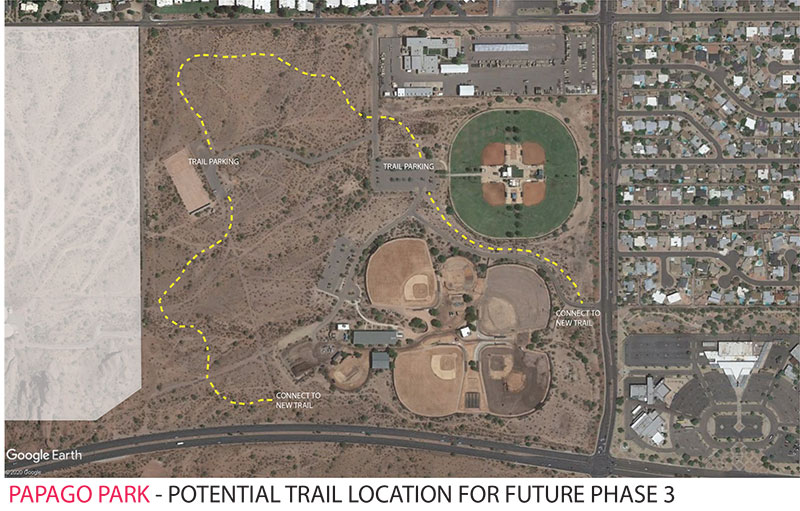 Construction on the phased improvements began in summer 2019 and the team will begin using the new facility during spring training in March of 2021 with construction anticipated to be fully completed by Spring 2023.

The activity at Papago Park related to the baseball sports complex is the result of a three-year master plan analysis by Scottsdale and the San Francisco Giants to determine the appropriate long-term facilities for Spring Training and year-round player development. A related design effort for revisions to Scottsdale Stadium resulted in recent improvements to Scottsdale Stadium which address Spring Training and community tourism interests. The Papago Sports Complex project will be funded entirely by the Giants and provide them with a permanent, dedicated year-round player development facility at the Papago Sports Complex and allow expanded public use of Indian School Park and Scottsdale Stadium in the near future.