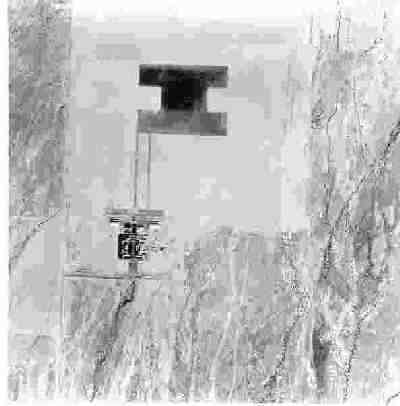 Scottsdale Airport began in June 22, 1942, as Thunderbird Field II, a basic training facility for World War II Army Air Corps pilots. Since its inception, Thunderbird II graduated more than 5,500 students, a total three times greater than the entire total contemplated by the Air Forces' original expansion program. In addition, Thunderbird II pilots flew nearly 26,500,000 miles, more than 3,000 times around the world at the equator. Two years, three months and 24 days later it was deactivated.
While in operation, Thunderbird II underwent a transformation that took it from a small piece of isolated desert to a primary training school. This transformation is attributable to visionary Air Force officers such as General H.H. Arnold and Lieutenant General B.K. Yount, and the civilian contract school operated by Leyland Hayward and John Connelly and supervised by Army Air Force personnel, who played a key role in creating a program that would help build the world's most powerful aerial striking force.

One of three Southwest Airways' training schools in the Valley, Thunderbird II's first class of cadets, arriving before the field was pronounced ready for occupancy, had to be trained at Thunderbird I in Glendale. Not until July 22, could all personnel, consisting then of 28 flight instructors, move to the Thunderbird II location in Scottsdale. 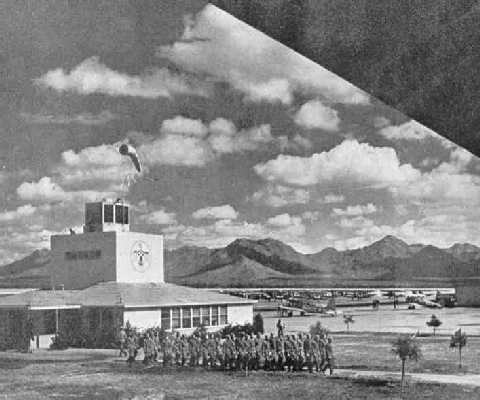 Throughout World War II, Thunderbird II devoted its every facility to the training of more and more cadets. As war clouds thickened over Europe, the quota of men to be trained increased with virtually every class. In November 1943, the peak was reached; 615 cadets who flew an average of two hours a day, making 1,845 separate takeoffs and landings. In a period of ten weeks, students received a total of 65 hours of flight training and 109 hours of ground school. In spite of the intensified training, the field gained a widespread reputation for thoroughness of instruction and high caliber graduates.

An increase in the number of students brought about a similar gain in the number of persons employed, until in January, 1944, Thunderbird II's payroll boasted 508 employees, with a total monthly salary expenditure of $115,247. Gradually the tempo slowed as World War II came to an end. So well did civilian contractors complete their initial assignment, that by August 4, 1944, only 40 of the original 64 primary schools were still in operation. At the closing of Thunderbird II, only 15 remained opened to complete the task of primary training. Thunderbird II's mission was accomplished - a great Air Force was built in far less time than anyone ever dreamed possible.

The Arizona Conference of Seventh Day Adventists purchased the Airport in 1953 and established Thunderbird Academy. Former barracks became dormitories. Hangars were adapted to house a wood products industry and a vocation education center offering training in mechanics, woodworking and welding. The airfield itself became a training field for missionary pilots. In 1963, in order to finance renovation of its physical facilities, the academy commissioned the first combined-use design of a clean industrial park surrounding an airport. 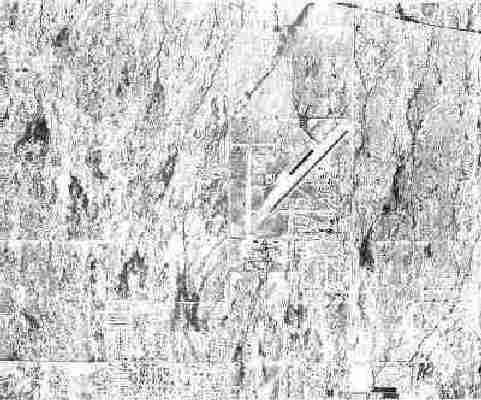 The city of Scottsdale acquired the airfield portion of the academy's property in 1966 and has continued to own and operate it since that time. The first fixed base operator was selected in April 1967, and the first business jets landed at Scottsdale Airport in August 1967. The first airpark tenant, Casa Precision, broke ground for its first building unit in August 1968. By December 1969, 127 aircraft and 20 helicopters were based at Scottsdale Airport (SDL).

In 2017, there were around 400 aircraft based at Scottsdale Airport, from single engine recreational planes to numerous corporate jets. Approximately 168,000 takeoffs and landings occurred, making Scottsdale one of the premier general aviation airports with a single-runway airport in the country, and one of the busiest corporate jet facilities in the state.

In 2018, a new Aviation Business Center was built featuring a Stearman, historic aircraft similar to those flown during WWII at the airport, which is the centerpiece of the Thunderbird Field II Veterans Memorial.

Scottsdale Airpark, the 2,600 acre commercial area which surrounds the Airport, has become a national model for airport-based business parks. This model has been achieved through the efforts of numerous city of Scottsdale civic and community leaders. Several important factors have contributed to the success of the Scottsdale Airport/Airpark - it is headquarters for over 25 national/regional corporations; home to more than 2,500 small to medium-sized businesses; workplace of more than 48,000 employees; and has easy airport access and seven miles of taxiway access. The workforce within its boundaries has tripled in the past decade, making it the third largest employment center in the Greater Phoenix region. 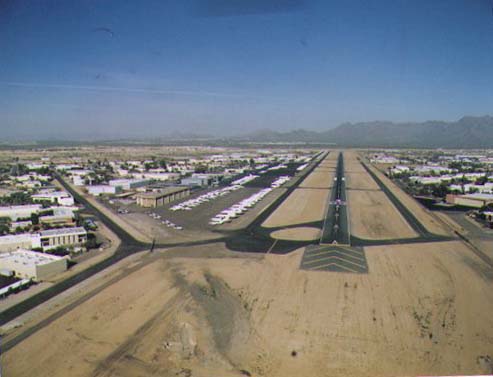 One of the most significant aspects of Scottsdale Airport is the major economic stimulus that it provides to the city of Scottsdale and north Valley region. A 2014 economic benefit study indicated that aviation activity at the airport and in the airpark created $536 million in total economic benefits for the region. Aviation activity supported 3,462 jobs and added $25 million to local and state revenues.

The city of Scottsdale is known throughout the country as a community where quality of life and economic progress are synonymous. The outstanding facilities of the Airport and life and the amenities of the Scottsdale area have attracted a large number of businesses that desire to locate on or near the Airport. These same facilities and amenities draw general aviation and corporate business travelers from all over the country to visit Scottsdale for business and recreational purposes. As Scottsdale develops into one of the major markets of the Southwest, Scottsdale Airport plays a key role in linking the Scottsdale economy to the Southeast and the nation.